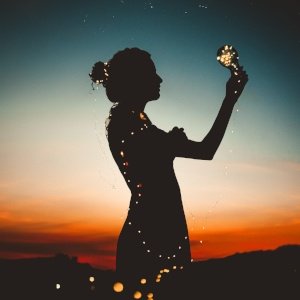 The Truth About Infrared Heat

Have you ever wondered what makes your body feel warm, even on a cloudy day? What about the heat your body emits when you give a friend a hug? Or, have you stopped to think about what the warmth our sun produces is? Well, we have, and the answer to these questions is infrared! Infrared is light or energy that we cannot see but feel as heat. When we think about the word “light,” a picture of the sun, a lamp or a light bulb may pop into our heads. However, visible light is just a small portion of the light energy all around us, and we experience small amounts of this safe, natural and effective heat nearly every day.

The spectrum of light we will explore in this blog is called the electromagnetic spectrum, and it includes light radiation, such as radio waves, microwaves, infrared, ultraviolet, x-ray and gamma rays. Yes, we said radiation, and not all radiation is harmful! Radiation is the release of energy in the form of moving waves or streaming particles. Infrared is part of a naturally occurring process, and because the earth itself emits radiation, all living things on the planet do as well.

The technical definition often heard is that infrared is the portion of the invisible spectrum that is touching the red end of the visible spectrum that we can see and that contains electromagnetic radiation of wavelengths ranging from 800nm to 1mm. What is the connection between heat and light? Scientists confirm that everything in our universe that is warm also gives off light. Examples include the stars, planets, and people. Experts refer to this concept as blackbody radiation, and Cool Cosmos says “Every object in the Universe, even one that is as black as a lump of charcoal, will give off this light. Where this light falls in the spectrum, however, depends on the temperature of the object.” Thus, the reason our sun is so bright as well as why people do not show a visible glow to the naked eye.

The Discovery of Infrared Heat

A British astronomer and German composer, Sir William Herschel began studying the planets and stars in the 1700’s, and he eventually began to build reflecting telescopes. In the 1800’s while he used colored filters to observe sunlight passing through prisms Herschel discovered infrared by testing the individual temperatures of each color and measuring the temperature just beyond the red portion of the spectrum (where no sunlight was visible). During this process, he found that the infrared region’s temperature was the highest of all. Thus, leading to the discovery that there is light we cannot see with our eyes and that infrared that shows itself in the form of heat. Fun fact, Herschel also discovered the planet Uranus.

Shortly after Hershel’s findings, Dr. John Harvey Kellogg, an American surgeon, scientist and proponent of holistic health treatments opened what we would call a wellness center with a focus on nutrition, exercise, and comprehensive health care. Although he was not the creator, it was during this time Dr. Kellogg began using horizontal cabinets for his patients to sit in and submerge their bodies in the heat to produce sweat and promote healing. He later went on to establish the American Medical Missionary College, which merged with Illinois State University in the 1900’s.

There are three types or wavelengths of infrared heat, our suns output is made up of a mixture of them, but the human body emits far infrared specifically.

Near Infrared is the shortest wavelength and it sits right next to the red light on the electromagnetic spectrum. This wavelength penetrates the epidermis.

Mid Infrared is the medium wavelength penetrating a bit deeper to assist the body with increased circulation.

Far Infrared is the longest wavelength and instead of warming the air around the body heats the body directly. This wavelength penetrates deeply into the body allowing it to provide numerous benefits.

So, to review, what is the truth about infrared heat? It is a naturally occurring part of the electromagnetic or light spectrum that shows itself as warmth. Infrared offers a multitude of benefits, take a look at our related blogs to get a bit deeper! Why is it so effective? Because it penetrates the body with the same type of far infrared heat, the body itself produces. People all over the world participate in weekly infrared sessions and find they notice multiple benefits during and after each session.